Ballroom dancing entered the field of competition at the Donate Life Transplant Games (Houston) in 2014. But Team Illinois didn't get its first duo until the 2018 Games when Monica Fox and Vince Shavers happened upon their medal-winning partnership.

Now called “Dancing with the Scars,” ballroom dancing can involve either one contestant or two. Monica Fox and Vince Shavers, both kidney transplant recipients, met while participating in a wellness study at the University of Illinois-Chicago.

“I was already a fan of Zumba,” Monica says. “And it was always a goal of mine to compete in ballroom dancing at the Games.”

When it came time to select a partner, Monica chose the naturally upbeat Vince. Together they won the bronze medal at the 2018 Transplant Games in Salt Lake City.

Monica, who lives in Flossmoor, works at the National Kidney Foundation as director of outreach and government relations. She became an active advocate for organ donation while waiting for her transplant.

“I learned that people die every day waiting for a transplant,” she says. “I didn’t want to be one of them.” Almost three years to the day and two days before Thanksgiving November 2016, Fox received her gift of life at UIC hospital.

“I received a directed donation from a friend’s family, and it was a perfect match,” she says. “My recovery has been amazingly easy, my labs have been stable, and my advocacy continues with renewed and reinvigorated purpose.”

Vince was diagnosed with end-stage renal disease in 2013, and spent nearly two years on dialysis. On May 18, 2015, Vince’s childhood friend Rachel Koch donated her kidney to him, and with it came a new lease on life. Vince looks forward to the day when he and Monica can begin practicing in-person for the 2020 (now in 2021) Transplant Games.

Here’s a look back at their 2018 medal-winning performance. 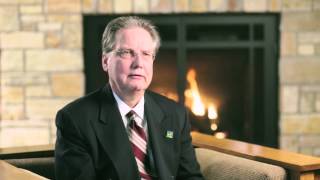 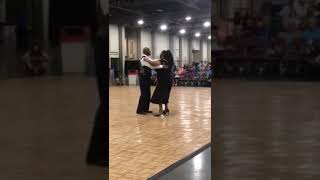 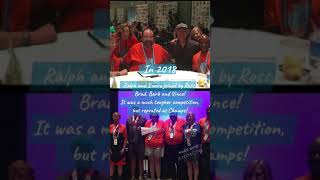 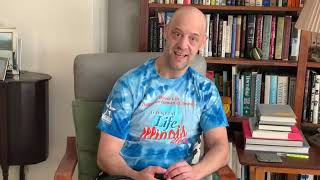 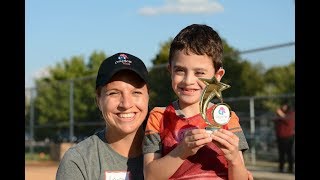